How Endoscopic Technology can Aid in Chronic Back Pain Relief 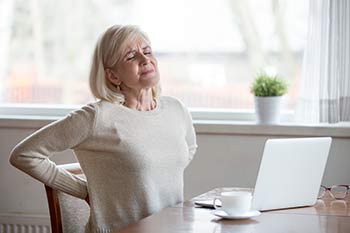 Endoscopic rhizotomy may be the key to your chronic back pain relief.

In a study published December 2014, a common treatment for back pain known as conventional fluoroscopically guided continuous radiofrequency (CRF) and pulsed radio frequency (PRF) is compared to an endoscopic visually guided method.

A specially designed cannula and endoscope were developed specifically for this visualized, surgically directed endoscopic technique. The instruments were designed ergonomically, to keep the image in focus while the endoscope scope is resting on the cannula.

The technique used in this study allows the doctor to ablate a larger area of the transverse process where the medial branch crosses to innervate the facet. Nerve ablation or transection can be confirmed via endoscopically guided visualization.

The Method used in This Chronic Back Pain Study

The efficacy of endoscopic rhizotomy was initially evaluated through a retrospective non randomized study of 50 patients (originally carried out in 2005).  The requirements for patients to be candidates for the surgically directed endoscopic technique were as follows:

Cadavers aided in surgical technique refinement.  Cadaver dissections showed variations in the locations of the dorsal ramus, including the medial branch.  These anatomic variations clearly demonstrated the benefits of visualized rhizotomy

Once efficacy was demonstrated in this initial study, 400 more patients were added to this retrospective study by May 2013.  It was at this time the inclusion requirements were boosted to a base of 75% estimated improvement. This was done to circumvent the variable subjectiveness of a 50% improvement threshold.  This minimized the possibility a patient may be overestimating their initial response to treatment in hopes that they would qualify for the endoscopic guided procedure.

Patients were evaluated one year after the study design.  All patients had VAS (visual analog scale for pain) improvement equal or greater than injection.  The results of this chronic back pain study aligned with findings in additional surgical cases.   Greater surgical exploration could be achieved by using visualized rhizotomy, resulting in a higher level of back pain relief for patients.  Approximately 10 percent of the patients had mild recurrence of their back pain when following up one and two years later, but none to the original level of pain.

CRF and PRF are common treatments for chronic back pain.  While these methods are commonly used, even when successful, the relief provided by this form of treatment is usually temporary.

In 2005, a non-randomized retrospective study was carried out to assess the effect of endoscopic radiofrequency lesioning in 50 patients with chronic back pain. Patients were required to experience at least a 50% improvement in pain utilizing medial branch blocks to qualify for the study.

As time went on, the requirements to participate in the study became more stringent to further restrict the recommendation for surgical intervention.  By 2013 the study size grew to 450.

Out of the 50 original participants of the study, 10 percent partially regressed at the one-year follow-up, but none were worse.  All patients were glad to receive the rhizotomy treatment, even if some of the pain relief had already begun to fade a year later. All patients experienced relief of back pain equal or greater than they had prior to the intervention, and some had relief of sciatica as well.

As time went on and treatment as given to the remaining 400 participants, the procedure evolved and became more effective.  Further review of cadaver anatomy led to the second phase of the study, where inclusion criteria was adjusted to maximize the potential for positive results.

The results of those chronic back pain studies suggest that endoscopic rhizotomy targeting the variable dorsal ramus anatomy is more effective and provides longer lasting results than the traditional fluoroscopically guided procedures.  The inclusion of an endoscope helped bridge the gap between open surgical procedures and traditional pain management techniques, while providing a minimally invasive surgical option to maximize the potential for longer lasting pain relief.

You can learn more about these studies by visiting: https://www.ncbi.nlm.nih.gov/pmc/articles/PMC4325504/